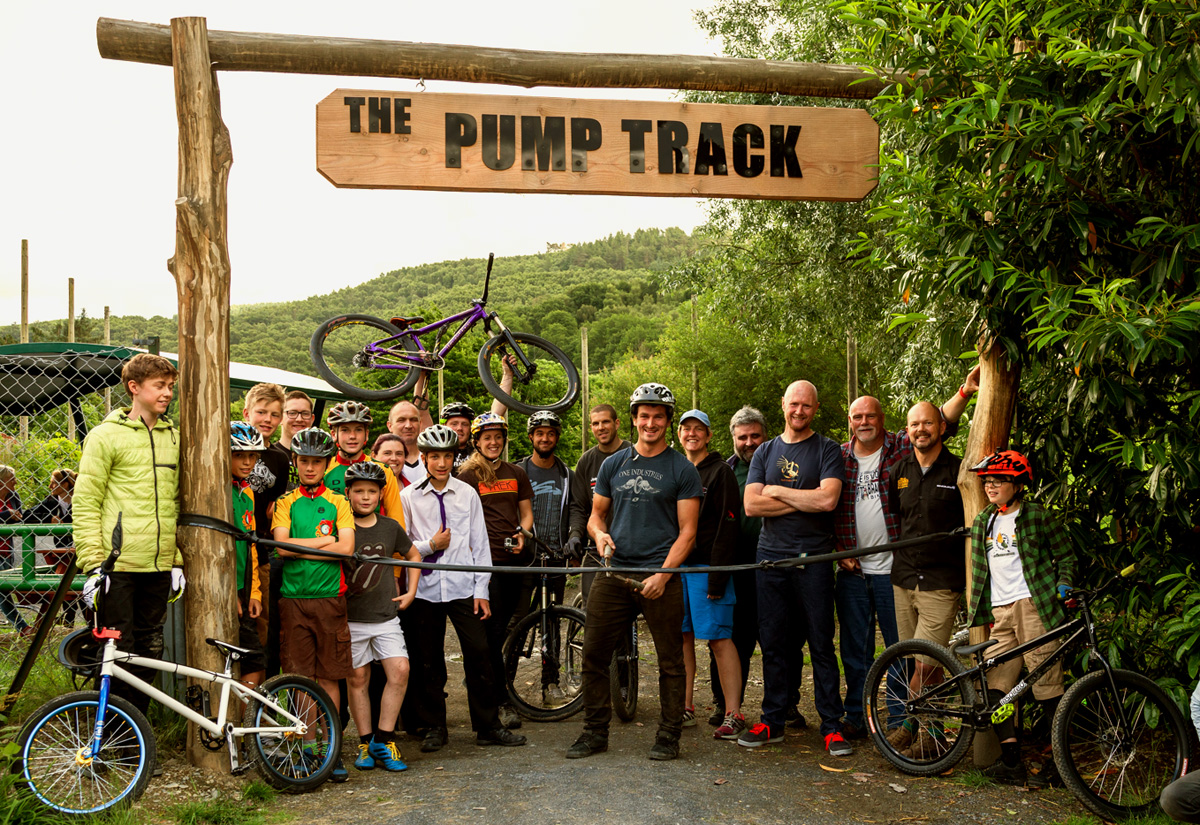 The Dyfi Enduro is a not for profit event, any proceeds are used to have a positive impact to the benefit of cycling and the local community.

The event’s biggest project so far this year came to fruition and last Friday we were proud to join helpers, marshals, event team and supporters in celebrating the opening of Machynlleth’s new MTB Pump Track. 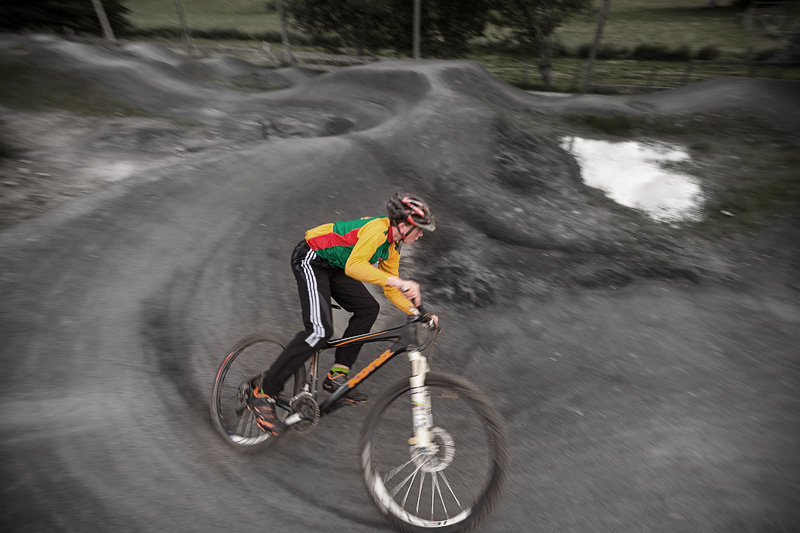 Located behind The Plas the track was funded entirely by the Dyfi Enduro and built with input from local riders Olly Davey and MTB champ Dan Atherton. 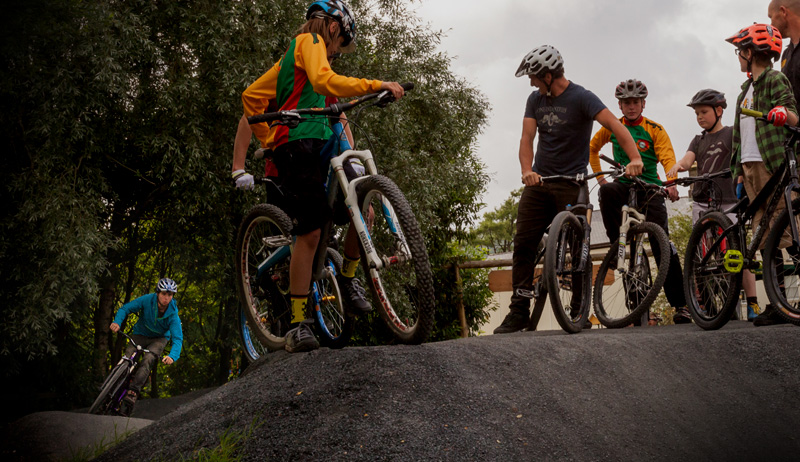 The pump track provides a place for young riders to develop their bike handling skills. It consists of a single looped track with banked corners, undulating straights and jumps that riders must learn to navigate, picking the best route to conserve momentum while “pumping”, the technique of working the track’s features, to gain additional speed. 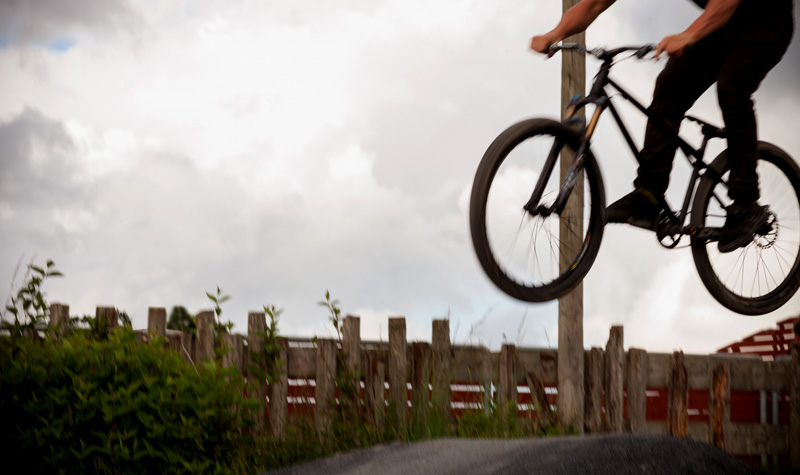 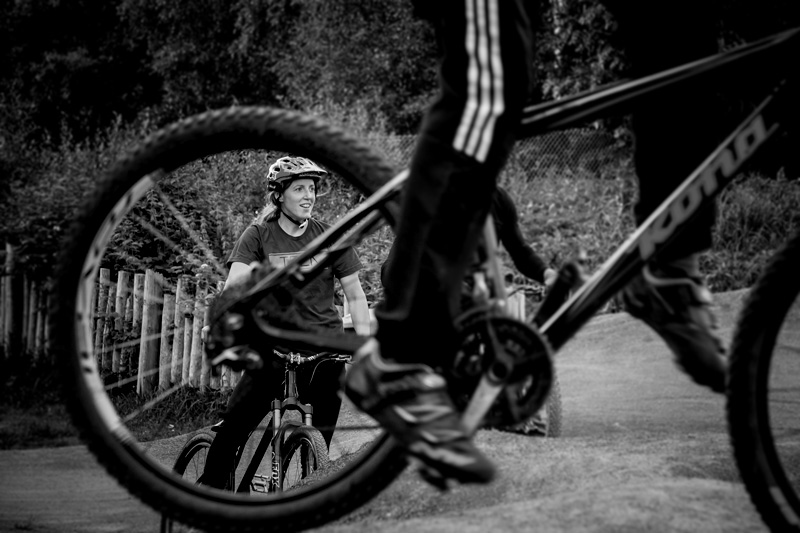 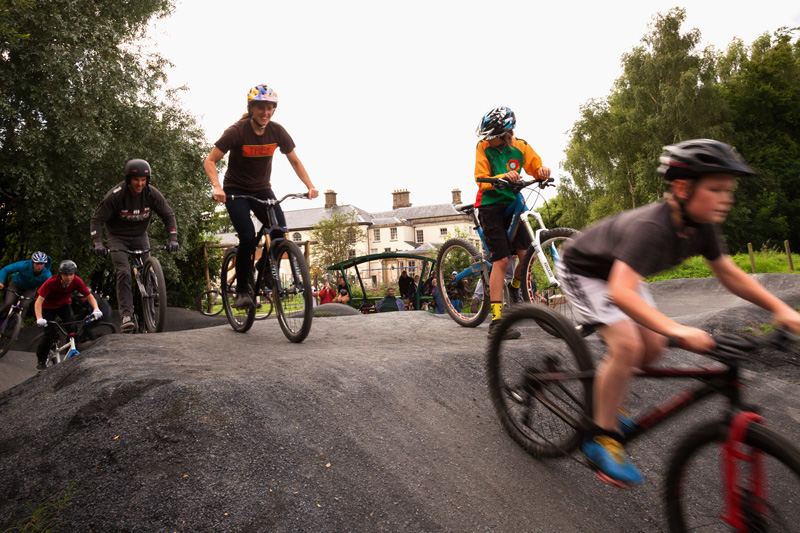 With Olly Davey cutting a ribbon of old inner tubes the track was officially opened, allowing riders young and old to enjoy a few laps of the new facility. 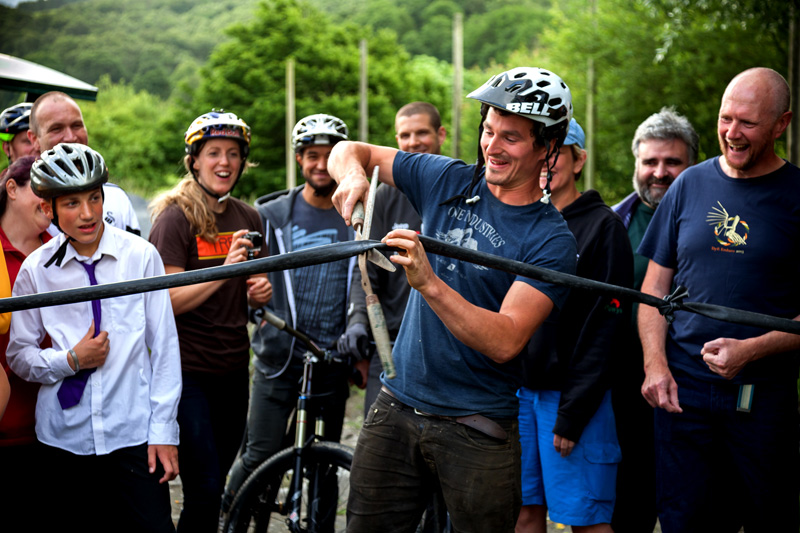 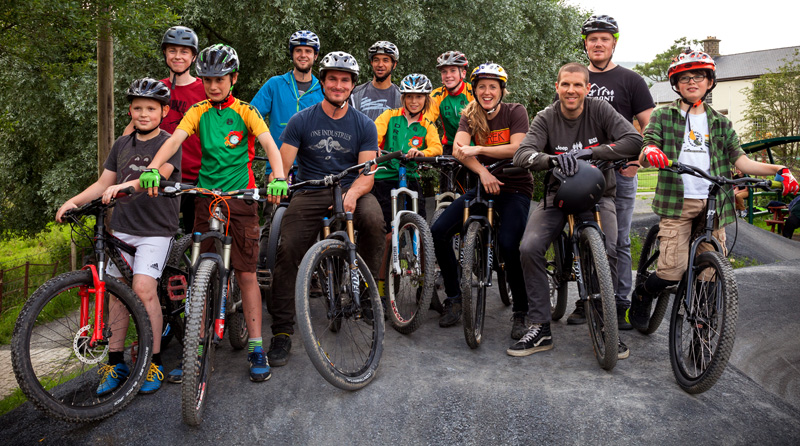 The celebrations then moved to the Wynnstay Pizzeria where the Dyfi Enduro’s team of dedicated helpers and supporters enjoyed some fine pizza as a thank you for all their hard work in making the event such a success. Members of Machynlleth Mountain Bike Club who organise the event then went on to make further funding presentations.

This event this year raised £750 towards the good work of South Snowdonia Search and Rescue who provide mountain rescue support to riders of the Dyfi Enduro and a vital year round service to all who venture into the hills.

Draigiau Coed y Brenin Dragons mountain bike club received a cheque for £300. The club goes from strength to strength and we were delighted to see them come out in fancy dress this year to support riders at the Dyfi Enduro, entertaining (or alarming) them with a small taste of the Zombie apocalypse. 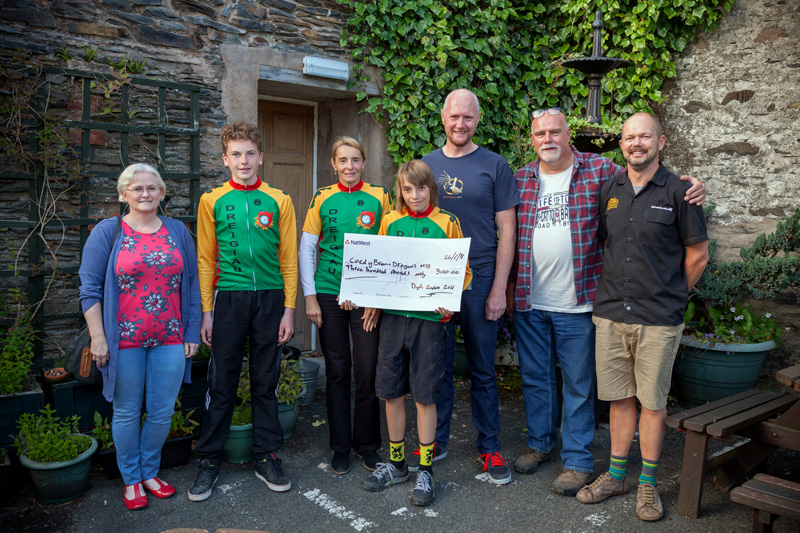 Finally as a very special thank you, a 2009 signed Ospreys shirt was presented to Anwen Morris and Emily Booth from the Rugby Club for the clubs continued support and help with the event. We understand the shirt will be used as a future fund raiser for the club. 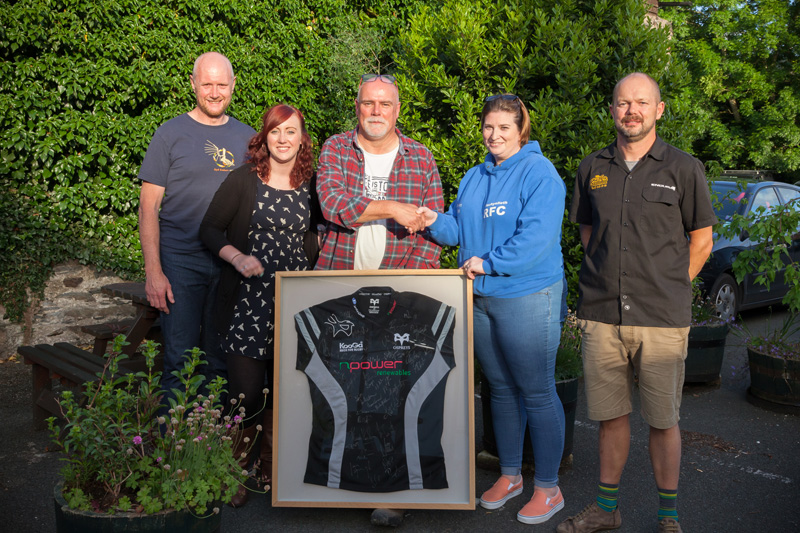 Dyfi Enduro helpers and supporters at the Wynnstay

Colossal thanks from Machynlleth Mountain Bike Club and Dyfi Events to all who helped us make this years Dyfi Enduro such a great success.